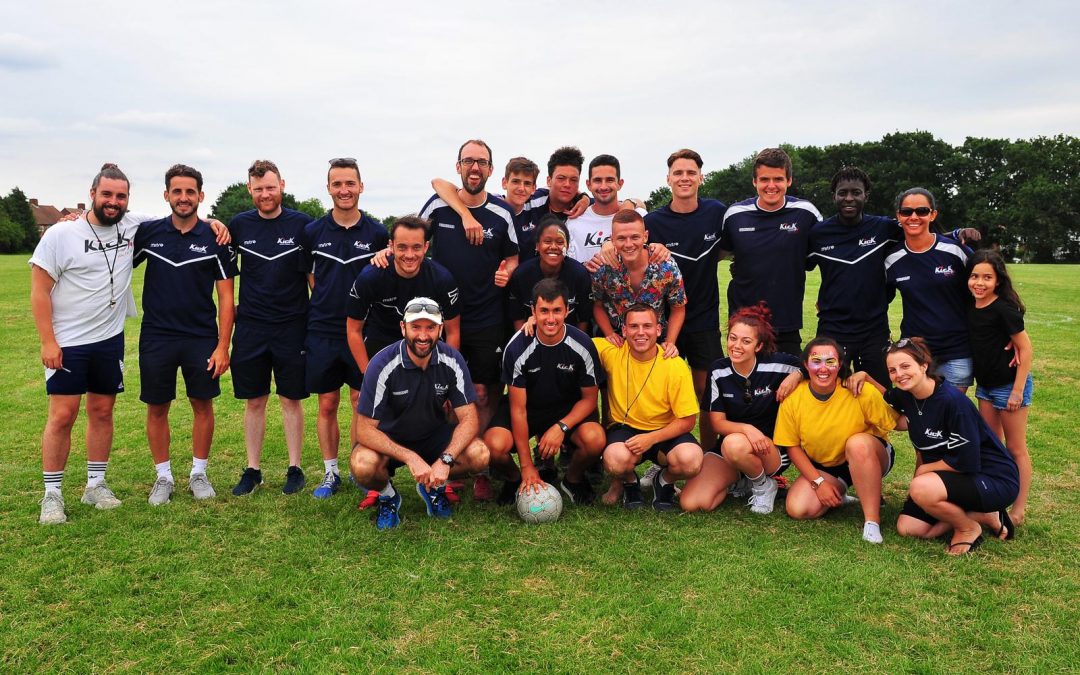 It was 6th July on a Saturday morning, 8.45am at Oasis Academy Shirley Park and the staff team were all raring to set up to get the annual Kick Tournament underway. The Tournament is in its 14th year and each year just seems to get bigger and better! This year involved 33 teams ranging from the age of 7 – 18.

At 12.15 the teams were gathered around for the rules of play and a basic layout of the day and by 12.30 kick off had begun. It was great to see many of our Kick Academies across London coming together to compete but also build relationship through football which involved such a diverse group of young people. There was lots of encouragement both on and off the pitch and praise from everyone around, filling the field with God’s Pure Grace.

The finals were intense and great to watch with a special mention to the year 10-13 final which I had the opportunity of refereeing. It was an amazing game with both teams fighting hard for the victory. But as you know only one team can win, and this year it was Reaching Higher! By the end of the day it was celebrations all around and medals were awarded to the winning teams from each age tier.

The winners were as follows:

Our Excellence and Innovation Manager, John Wright shared his opinion of the day, “it was great to see so many young people involved in sport in such a positive way and play the game with the right attitude. It was also amazing to see the engagement of the young people during the talk led by Neil from Youth for Christ and seeing young people hear and respond to the word of God”.

I would like to end by encouraging you that
whether you are in a sporting competition, looking to overcome your work rival
for a position, or even just competing against friends, to show choose to show Grace,
Compassion and Love, just like the Lord would have, because ultimately, win
or lose, this should be our intention and our motive.