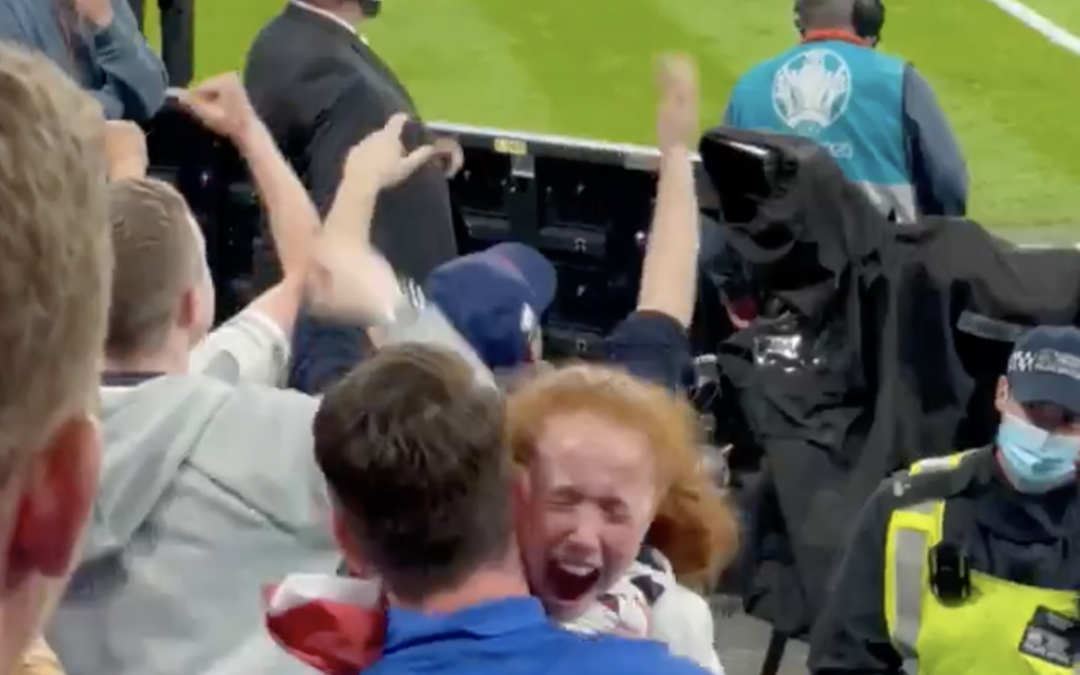 As a nation we’ve just been taken on an emotional rollercoaster these last few weeks as Gareth Southgate led our men’s national football team to new heights (at least that most of us can remember). There have been moments of utmost joy and ecstasy, but also moments of stress, nervousness and disappointment. I look back to the highs; the moment Mason Mount gave his shirt to that overwhelmed young girl, seeing the second goal against Germany and therefore securing our first win against them in what feels like 250 years, Luke Shaw smashing the ball home just three minutes into the final. Even in the final moments of the tournament there were fanatic celebrations as Pickford pushed Jorginho’s penalty onto the post to keep England’s hopes alive, when only a matter of seconds later Saka’s penalty was saved and the dream was over.

Jubilant joy to painful silence in a few seconds.

So our question is; what is joy? What does it mean to be joyful and how is the worldly view of joy different to the biblical view?

We might have been told, or we might believe ourselves, that joy is dependent on what we can achieve. We might be people who set ourselves a yearly goal, getting a new 5K PB or being picked for the 1st team, we might think that once we get to that goal we will experience true joy.

With the Olympics about to kick off in Tokyo many athletes will be going through this internal conversation. The desire to win that medal that they’ve been working towards for so many years, to win for not only themselves but also their country. What might be surprising is that often in the weeks after the games many athletes can find themselves questioning everything.

The joy of success can turn out to be more of a fleeting happiness, the reality hits that winning didn’t quite match the expectation that they had in their heads. Even the most successful Olympian of all time has talked about suffering from this come-down. Michael Phelps holds the top spot on the all-time medal list, with 23 gold medals (28 medals in total) over the course of four Olympic Games. Despite his success he talks about how after every Olympics tournament he fell into a major state of depression. After turning to drugs to run away from himself and experiencing suicidal thoughts, he eventually decided to get help and turn his life around. Sadly this isn’t a singular story, just google “post-Olympic blues” and you can find many similar stories.

Outside of sport we see this happening too. We can tell ourselves that “when you ______ then you’ll be happy”. But it never lives up to our expectations. I wonder what fills this gap for you at the moment. Maybe it’s the job you’ve been working really hard to get, or the relationship you are pining after, maybe it’s the grade that will mean you can get into the university of your dreams. The truth is that whatever is filling that gap, it won’t provide us with long lasting joy. So what will?

Something I’ve tended to notice in my life so far is that the most joyful people are the ones who are the ones who live for others. In Acts 20:35 the writer recalls Jesus’ words “It is more blessed to give than to receive”, or in other words it’s more joyful to put others first.

Secondly, the bible says that this life will be much like Euro 2020 was for England fans; full of ups and downs. Following Jesus doesn’t mean we’ll be happy 24/7, but what it does mean is that there’s deep joy in this life when we are in relationship with the one who made us. Walking with Him through the highs and lows and knowing His love, peace and joy in the midst of those places.

We also have the hope of everlasting joy in the future, an eternity with God. When we’re promised that there will be no more tears, disappointment or loss.

The world offers us fleeting happiness that can so easily be shattered, Jesus offers us deep and everlasting joy that can only be found when we walk with Him.