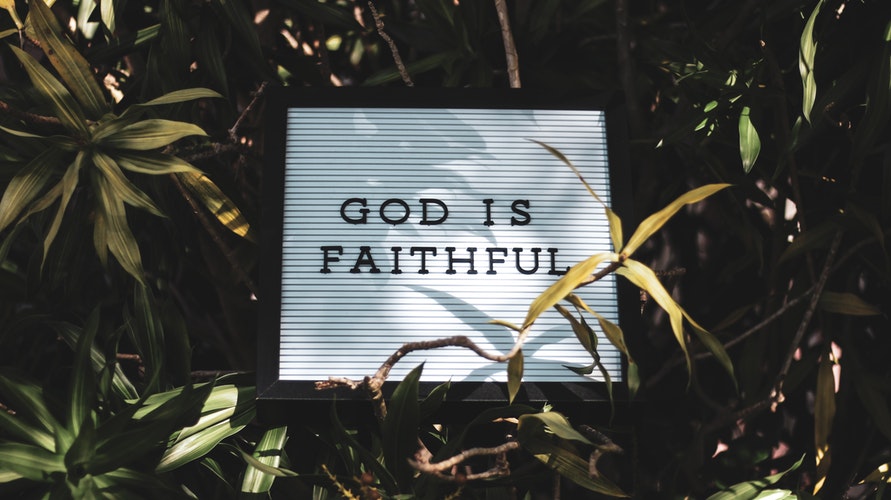 In a recent betting advertising campaign, Rhodri Giggs, Ryan Giggs’ brother claims that “Loyalty’s dead,” and encourages us to “live for rewards.” This attitude is very much indicative of society today; how many people and companies will take advantage of loyalty and faithfulness, rather than reward it? We live in a world where loyalty, and remaining
faithful to one thing, or person, or even God is seen as a backwards thought, especially if there’s somewhere else that may offer something better for you.

So, society teaches us to focus on us, if it’s better to leave for our sake, then we should, if we can’t see the benefit at that very moment, it’s better to jump ship than remain faithful. But imagine, just for a second that faithfulness and loyalty could lead to rewards in the long run?

The date’s October 21, 2017, and it’s quite a big day for us as a couple, to put it lightly. “Sam, do you take Emma to be your wedded wife, to live together in marriage? Do you promise to love her, comfort her, honour and keep her for better or worse, for richer or poorer, in sickness and health, and forsaking all others, be faithful only to her, for as long as you both shall live?” Said the Vicar, with the confidence of a man that’s clearly said these words
before. “I Do” I reply, with the confidence of a man that’s said them once before, and that was in the rehearsal the night before! These vows and promises made on a wedding day are big statements, statements to love, to honour, to keep, and lastly, to be faithful, for the rest of your lives.

Being faithful to someone is a serious commitment, you’re saying that you’ll forsake all others, you’ll literally abandon them, to remain loyal to that one person. So that doesn’t mean it’s easy, but it’s worth it. In terms of marriage, people will often say that it gets better the longer it lasts, and your love for one another increases as you are faithful to one another for longer.
This is the same in everything, the longer you support a football team, the more you care about them, the greater love you have for them and the more faith you have in them that they can achieve greatness. It may seem far less likely than it used to but there’s something in you now that has come from showing faith throughout the harder times.

In terms of football teams, your faith is very one-way, you have faith in them winning, but they have no faith in you – no matter how many times you say “We scored to make it 1-0 you’re not part of the team! In relationships your faith is two-ways – you’ll believe in one another and support one another, have faith in each other and remain faithful to one another. But human relationships let each other down, we lose faith in friends who let us down, we find it hard to believe and trust family members who make mistakes. At the end of the day, even in faithfulness, we’re all human and will let each other down.

Fortunately, we have a God who is the definition of faithfulness. To be faithful is to be remaining loyal and steadfast, to be constant, unwavering, committed, devoted, the list goes on. In the Bible, in the book of Hebrews, Jesus is described as “The same yesterday, today and forever.” That means the same Jesus that died on the cross to save us is the same one that lives inside us through his Spirit. The same Jesus that rose again is the one that know and cares for you today. The same God who caused the blind to see and the paralysed to walk is still within us today. God’s faithfulness surpasses any human attempt at faithfulness, it’s an eternal faithfulness
that means he will never leave us or let us down, no matter what we’re going through today.

We must remain faithful to God, for his faithfulness to us never changes and will never leave us. So Paddy Power, loyalty is far from dead, and our reward for it is a relationship with Jesus Christ, a man who defeated death itself.