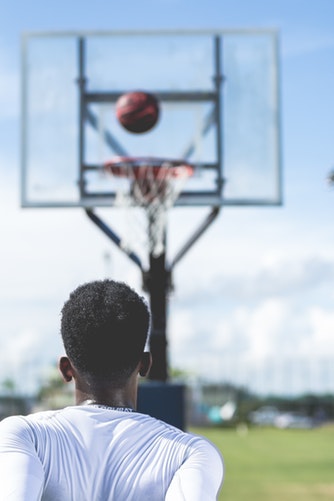 I’ve got my fair share of decisions to make at the moment – “What am I going to do during my gap year?” and then beyond this year “Should I go to university?” and if so, “What and where am I going to study?”

As I began to ponder my five year plan this summer, a conversation with a close family friend ended with him saying “If you do truly choose to accept God’s grace and follow Him, it will ruin your life plans (to a degree), but will also be the best decision that you make!”

I was struggling to fully grasp the extent of his words until about a week later when I remembered the quote “You need to sacrifice who you are now, for who you will become.” In that moment, I realised that since accepting Jesus as my Saviour in my early teens, I hadn’t changed myself in response.

The truth for Christians is that a life of faith is “unpopular culture.” In Matthew 16, Jesus tells us that a life lived for Him involves denying oneself and taking up one’s cross. This making choices that go against what the world is telling you to do, which can be especially testing for teens and young adults such as myself. For instance, the societal view of Christianity is that it is an outdated set of rules which restrict you from having fun, and while this isn’t true in my experience, openly expressing your faith as a Christian will altar people’s opinions of you.

It is difficult trying persevere with some of the sacrifices I’ve made since dedicating my life to Christ. I still have a strong desire to be popular (possibly an insecurity of mine), but I’m prepared to let go of that desire because I know where I’m going –  in Corinthians 9, Paul asks us to fix our minds on God’s promise of eternal life. He likens life to a race and reminds us that our prize at the end of it all will be one that does not perish.

Previously it’s been easy to convince myself that resting my hope in the things of this world is acceptable, whether that be popularity, finance or success, especially when life is going smoothly; it can even be subconscious! However, when things don’t work out as I planned or hoped for, I’m often left feeling empty. This is because I’m asking the things of this world to do something that they weren’t designed to do: fulfil me.

Psalm 1 says that ‘the person whose delight is in the law of the Lord is like a tree planted by streams of water.’ Trees are not always producing fruit: they go through different seasons, but when difficult conditions come their roots dig deep into the streams of water and continue to prosper.

It’s a beautiful metaphor which demonstrates that there will be genuine struggles, but putting your hope in God’s grace and mercy will allow you to pull through because it’s the only thing that’s guaranteed.  We all have something we’re putting our hope in – something that we don’t believe we’ll be satisfied until we have it.

I want to challenge you to think about what you’re putting your hope in. The truth is that we live in a broken world where things don’t always go to plan. However, since becoming a follower of Christ, I’ve found that in my pain, worries, stresses and failures I can fall back on Him, because He overcame them all when He died on the cross and then rose again. This doesn’t mean my problems disappear, but faith in the One who was sent to die for us all enables me to get through life’s storms.