Only one step back 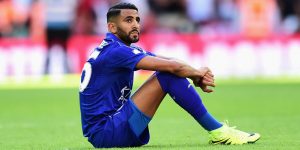 It is the morning of February the first, and while you are reading this blog two month’s after the time of writing, perhaps remember back nostalgically at what you were doing on that morning, or how you were feeling?

For most of you, you probably can’t remember (nor care), but for football fans across the land, it feels like an eerie type of calm. Perhaps equitable to the eye of the storm. Last night, at 11pm, the transfer window slammed shut, and the utter madness of a a whirlwind month has come to an end. No more speculation, no more gossip, no more rumours and column inches dedicated to fabricated pieces of information.

For fans of some clubs it is a feeling of utter disappointment (and as a West Ham fan, I could write a very different, much longer blog on the subject), while other fans are quite content with their completed business.

Ultimately though, the joy, relief, or disgust of the fans hinges on the attitudes and wants of the players, who in the modern game hold all the power. Should a player want to leave a club, the contract he signed is effectively worthless, meaning clubs are held to ransom in a “Let him go, or suffer his sulk”, which is often a sulk which can corrupt an entire team spirit.

In the instances of Phillipe Coutinho and Alexis Sanchez, the players were able to force moves away from their clubs (albeit in different circumstances) to move on to fresh challenges. But how long before those love affairs also run dry, and the faithfulness comes to an end.

In a more bizarre story, Rihad Mahrez has been left “depressed” at the breakdown of his move from Leicester City to Manchester City. The same Rihad Mahrez who two years ago was lifting the Premier League trophy with Leceister City as Andrea Bocceli belted out Nessun Dorma in the centre circle at the King Power Stadium.

The problem, in football (and possibly in life), is man’s lack of faithfulness. My wife and I wed five years ago, and before marrying, we spoke to my grandparents, who were celebrating forty years of marriage. I asked my nan what the secret was, and she said “Work at it. We live in a society now where when things break, we throw them away and get a new one. Nobody fixes things any more. You need to daily fix your relationship”.

And isn’t that just the key to faithfulness? The constant renewing of promises, the constant striving for consistency and contentment, the trying hard, no matter the circumstance. Faithfulness is about remaining strong in faith and in love, when circumstance may tell us to give up, stop trying, or leave.

As Christians, we believe that God is faithful, even when we are faithless. As a generation, a society, and even just as humans, our base condition is to be faithless, to wander and to give up. However, the God who created us remains faithful to us, even when we fail.

Lamentations‬ ‭3:22-23‬ says:
“Because of the Lord’s great love we are not consumed, for his compassions never fail. They are new every morning; great is your faithfulness.”

It is such a refreshing promise that God’s love for me is so great that He will never lose faith in me. That means that no matter how much I mess up, I am still usable by Him and for Him, and for His good and His plans. I heard it said recently, “You can walk away from God. One step, ten steps, thousands of steps, but it is only ever one step back”. For me, this is the greatest illustration of God’s faithfulness to us.

So what is the challenge for us? It is to be more faithful in our work, in our relationships, and in our walk with God. Are we intentionally praying for people, or just saying a token “Sure, I’ll pray about it”? Are we working at our jobs “as if for the Lord”, or are we just drifting through life? Are we dealing with our struggles head on, or ducking issues and hoping they go away?

Lord, may we grow in faithfulness, and become faithful like you are faithful, constant and consistent to the end, and not wavered by our circumstances.