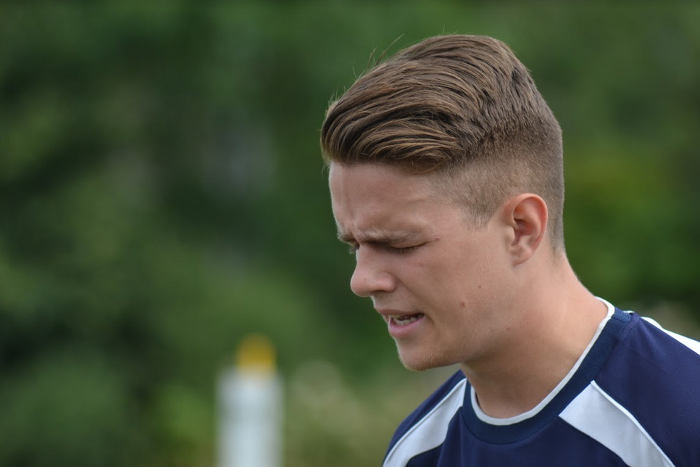 Who are you, where are you from, how long have you been involved with Kick London, and what is your role?

My name is Joe Mallett, I’m 21 and live in Redhill, but I grew up in Tadworth until I was 15. I’ve been with Kick since January this year and I’m currently a sessional coach, hoping to go full time in the next academic year!

What are your favourite sports, teams, affiliations, and such like?

My number one sport is, of course, football! I’ve played since I was young and despite being fairly short I used to be a goalie! I also played rugby in and out of school. I’ve always been a strong swimmer and love picking up other sports and giving them a go! I played for the school cricket team on a number of occasions also! I’m very sporty and find I can pick up new sports quite naturally! I’m also going to enjoy learning to teach gymnastics with Kick soon too!

How did you come to be a part of the Kick London family?

Well, it’s a bit of a testimony to me! Before joining, I already knew the likes of current members of staff like Andy Dutton but also have relationships with former members of staff like Jack Taylor, Lewis Still, and Andrew Dowey (who are still involved with the Kick Academy at Merland Rise). I volunteered at the Merland Rise Academy and also with the Kick team at the annual tournament in 2016! I remember speaking with Hans and Joe Lowther (CEO) at that tournament and we spoke briefly about what Kick could offer as a job but also as an outreach to children for Jesus, in London, through various sports.

Kick as an organisation was instantly attractive to me, but for one reason or another, I didn’t pursue it as an option. I left my job as a chef last year to go travelling and was out of work and low on funds when I received an e-mail from Andy Dutton asking how I was and if I’d considered working for Kick?

This was a bit of a God send, and I spoke to Hans on the phone shortly after, and it just felt right. God intervened in a vital moment in my life where I didn’t know where I was going and gave my life purpose. I’m very grateful to the likes of Joe, Andy and Hans for giving me this opportunity!

What has been your best highlight while working for Kick London?

My highlights so far are playing in the London Churches Football Tournament with the Kick London team (despite getting knocked out on pens), the socials we have as a group are great because we are able to share how our work is going and development days where we all can grow as coaches and in the Lord! But also, I absolutely love it when I walk into a class and the children’s eyes light up because they know they’re going to have a fun, engaging coaching session (and Jesus is there with me!)

What is the funniest thing a child has ever said to you while working for Kick London?

There is a child in West Hill School who is utterly hilarious! He’s in year 5 and has me in stitches! He does this dance at our after school club and sings “It’s not Unusual” by Tom Jones! He makes jokes all the time, but his heart is huge and he’s a funny, caring boy!

As a Christian, how does Kick London fit in with your personal missional heart? Why is Kick London important for the church?

I feel Jesus is my strength everywhere I go. Especially at work, my strength comes from Him my passion comes from Him; everything comes from Him! I feel I couldn’t do this without Him, but mainly I’m so blessed because He gave me this job which I love, as well as a new life! I’ve been “transformed by the renewing of my mind” and I know He’s put me in this role to help change lives. Jesus is growing in the children in London and it’s amazing to see, let’s keep up the great work and keep expanding as an organisation!

Do you think Jesus have engaged with sport? What would his favourite sport been? Who would he have supported?

Jesus’ attitude is one of work and love, so I strongly believe Jesus would’ve loved a fair game of football! He would infuse our core values of integrity and respect and I reckon he would teach through sport, which is what we try to do when we implement our values into our sessions! If he wanted to, he would be better than Messi or Ronaldo, but He’s a just God and would give other people a chance! P.S He’d definitely be a Gooner!

What is your personal sporting highlight, either for you or the team/person you support?
Ever? I’d say as a Gooner, going to see Arsenal smash Spurs 5-2, in 2011! We were 2-0 down and my brother who’s a Spurs fan was giving it large over text and we made it 2-2 by the break. Scond half we battered them, Walcott bagging 2 and Rosicky grabbing 1 to make it 5-2! Amazing scenes! I can’t wait for the 2018/19 campaign now Arsenal have Emery in charge!

What is the most exciting thing that could happen in a regular working day that would be a highlight of your year?

In all honesty, I’ve had a couple happen already! When you receive such great feedback and compliments from the teachers, head teachers and even the students, it’s so encouraging! It reassures you of the good work you’re doing what Christ is also doing in you and in the children around you! It fills my heart with joy!

Finally, can you provide a picture of you involved in your sport, either an action shot, you in your teams kit, at a game supporting your team, you holding a cup or trophy, etc.