…even when no-one is watching

I remember when I was 16 I was playing my first season of Under-18’s football for a team I had been playing for for years, and had played all through the age groups and now was at a point where we were getting to the level where it was no longer a case of turning up and getting in the side, you actually had to train, work hard and be aware that you would have to fight for your place in the team. It was coming towards the end of the season and although I played a bit, I was pretty much nailed on to start on the bench.

We were playing the quarter-final of the Hampshire Cup and it was 1-1 with about 15 minutes to go, and my moment came. I was subbed on. It had been a pretty mixed season as I’d gone from starting every game of the previous season to playing maybe 20 minutes each game, so I remember being determined to play well. About 5 minutes later, the ball came across and I caught it sweetly on the half volley, it then bounced off the keeper and went in off my hand. (I’ve always been a natural finisher!) Nobody saw, but the keeper, and he was screaming at the ref, and I just remember celebrating as if everything was normal. After the game everyone was asking if it had touched my hand, and I just lied and said it was my knee. I was so determined to play, and to prove I was better than sitting on the bench; I let my competitiveness get the better of me, and lost my integrity in doing so.

The fact I can still remember it, shows how clearly people can struggle with being dishonest, and how even just a small lack of integrity can have an impact on the outcomes for other people. While I’ve been thinking about this blog and what it means to ‘live with integrity’ I guess the clearest definition I’ve come up with in my head is ‘living with integrity is doing the right thing, even when nobody is watching.’

I think a good thing to think about and to challenge yourself with is ‘Which version of me am I being today?’ I’m sure we can all think of different groups of people we socialise, work, study, play sport with, and I wonder if we looked at how we act around these people, could we honestly say that they are all the same. What if all these people were in the same room and one group described the person you are to them, to the other groups in the room, do you think they would recognise you? If the answer to that question is a firm yes, then I think you can look at yourself and know you are living a life of integrity. If there are question marks over some of the groups, then I think we need to start thinking about which version of our self is our true self, and most importantly, which version of our self is the version that God wants us to be?

As believers in Jesus we are called to the highest of ideals. We believe in things like “dying to self” and “the last shall be first,” but we grapple and struggle almost constantly with living lives of integrity. Unfortunately, there are countless examples of Christians who suffered great falls where it was made clear that their private lives look vastly different from the carefully curated lives they lived in front of their Christian friends or workplaces.

But God calls us to another way. So what does integrity really look like?

Scripture is filled with passages urging integrity in believers — it just talks about integrity without using that term. Think of one the most famous New Testament commands for Christian living:

“But the fruit of the Spirit is love, joy, peace, forbearance, kindness, goodness, faithfulness, gentleness and self-control. Against such things there is no law. Those who belong to Christ Jesus have crucified the flesh with its passions and desires. Since we live by the Spirit, let us keep in step with the Spirit”

Such a list is a command to live a life of the highest integrity, a life that brings goodness and blessings to all people.

In short, the Christian command to integrity is a command to both talk and walk in the way of Jesus. It’s a life marked by love, compassion, mercy, justice, and honouring God’s call above everything else. It’s the life spoken of in 1 Peter 3:10-12: “Whoever would love life and see good days must keep their tongue from evil and their lips from deceitful speech. They must turn from evil and do good; they must seek peace and pursue it. For the eyes of the Lord are on the righteous and his ears are attentive to their prayer, but the face of the Lord is against those who do evil”.

That definition of integrity calls us to walk in the path of Christ, and to steer clear of hypocrisy. 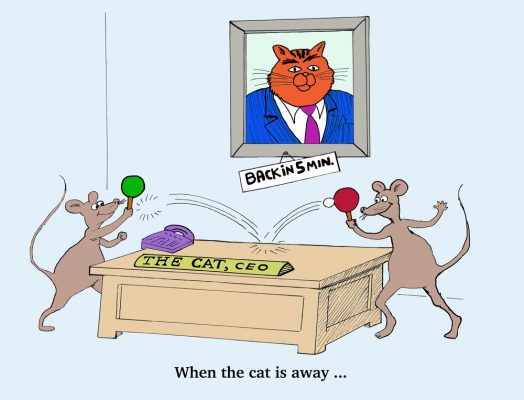